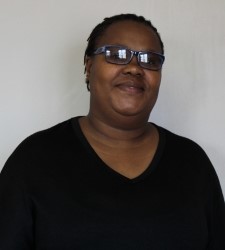 Nontobeko Khoza: Community Capacity Building Facilitator
We have the pleasure of introducing Nontobeko “Nonto” to you! Nonto has been at dlalanathi since 2009. We can’t imagine life without her, she’s strong, reliable and real!
What has been a memorable moment in your work in the past month?
On a personal level, after the coaching training we had (as an organisation) in February, it really helped me to take action on an issue I had been postponing and postponing for two years now. I have now taken action and it is not easy, it’s uncomfortable, but I see a big difference! I think that the training really pushed me to take action.
At work, running our ME Power process with a group of community members (with whom there have been some group tensions) that I have been working with for over two years now, helped me to see them in a new way and helped me to know them better; where they come from, and their struggles. It helped our relationship, for me to be more understanding of where they come from. I think it helped them to know where they are at in terms of their live’s and goals. I became closer to them after that training and they see their strengths.
What is one challenge you have had to contend with in this role?
It’s when there is no participation. It’s when we go out into the community, do awareness’s**, and then nothing… After awareness, we hope that people are willing to continue participating in our programmes, but when there is nothing, that becomes a challenge for me because it feels like I’m not doing enough. Another challenge is when a conflict arises in the community and I start to wonder what I have done wrong, have I made things clear about our role as an organisation from the beginning?
Please share a story from the field…
One woman in the community who has been a key person right from the beginning of our work here as had some significant personal challenges. During one process in which she was participating, she cried every day due to her personal challenges. She told the group each day how she was feeling and why she was crying. At the end of the process, she told the group that she has never really had someone to talk to about all of this, and that’s why she was crying so much, there is too much pain inside. She felt (during the process) she had the space to just talk and talk and cry. She said what the group helped her to do is resolve within herself how to change her response to her challenging situation. This change in her response, changed her whole life. She saw her need to be with other people, to talk and to play. She loves playing with children, she loves children and children love her! Her home is an open place for children to go to. She has now opened a crèche and is saying it is dlalanathi who has helped her be where she is at now. She feels it is because she had a chance to talk about everything and cry that she has now moved on. The change happened slowly over time, but where she is at now compared to where she was before is a big change.
What motivated you to go into community work/youth work?
When I left school there was no money for me to further my studies and then I joined a youth group in my area and I think I was motivated from there. That youth group was doing some community work, like going to the schools and cleaning the rooms. They were doing different things, there was a choir, a drama group, from there I developed that love of working with people so when I had the opportunity to go to University I decided I wanted to work with people. I studied psychology and sociology and had the chance to work with Bev Killian. I helped her with her community work and research. I helped her with translation and running some children’s focus groups. I started to love working with people and working with children.

Initially when I finished school I wanted to do something with accounting, but when I joined that youth group that changed completely for me. A group helps you to think differently, it’s something that challenges you, but if you’re sitting doing nothing, nothing will happen.
And what keeps you going?
I always think “Things will be better tomorrow”. When I am going through some challenges, I just think that tomorrow will be better than today, there is that hope that there is change. I am an optimist. I don’t dwell on hardships. Once I tell myself that tomorrow will be better, I start to relax, even though I may be going through pain at the current time. 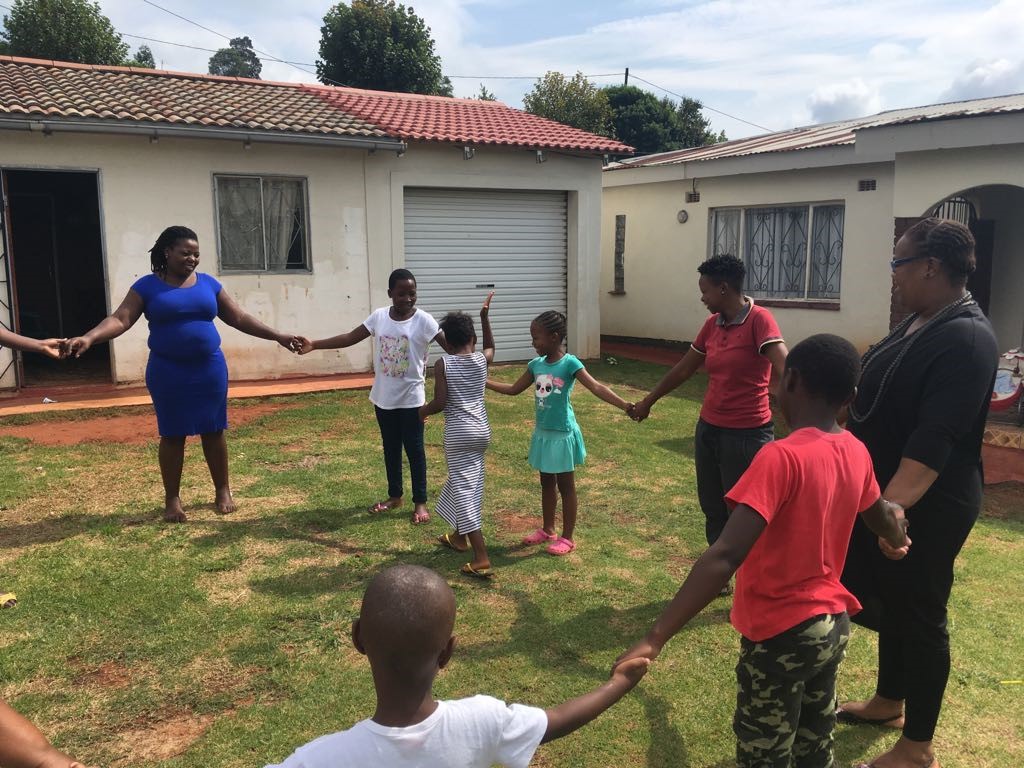 Here is Nonto in the far right of the picture, playing with caregivers and their children in a recent Family Support process.
What three words describe you when you’re not at work?
I’m simple, caring and friendly. I’m just me!!
** Awareness in dlalanathi’s community work process is a key part of building relationships when entering a new community. We present our processes and set up interactive sessions where people can learn more about dlalanathi, and the way in which we work.